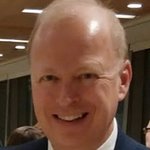 What Is the CT 3-D Scanner?

The CT 3-D scanner has been used for years in the medical field to primarily examine a patient’s body for cancerous tumors. The equipment is technologically sophisticated allowing it to distinguish body tissues and give a 3-D view of a body area. The scanner works by rapidly rotating an X-ray camera around an object, in an air traveler’s case a carry-on, capturing hundreds of images. The images form a vision that may be rotated 360° and moved around. Imagine your bag held up, moved up and down, side to side, from the top to the bottom, and its contents fully visible, plus knowing what the contents are made of. This precise analysis allows the TSA to efficiently examine the carry-on and pass it on or move it aside for additional examination. The TSA’s main purpose is using the machine to detect explosives, types of liquids, and other items that may be used to cause harm. The TSA is also hoping that the level of analysis sophistication will eliminate the need for passengers to remove items such as electronics, laptops, food, powders, and restricted size liquids for a carry-on bag. Passing a greater than 3.4-ounce size bottle of water might even become acceptable again.

CT 3-D Scanners at TSA Checkpoints in the US

American Airlines has generously donated eight of the CT 3-D scanners to the TSA. Each scanner costs approximately US$300,000. Testing of the scanners in the US started in 2017 with American Airlines at Phoenix Sky Harbor International Airport (PHX) and in the international flights terminal at Boston Logan International Airport (BOS). Results have been so positive that installation of additional units is planned. The one at New York JFK (JFK) became operational 23 July 2018. An additional 40 units will be in place this year at the following airports:

Plans are to have an additional 145 units come online in 2019. The evolution of replacing existing scanner technology will take time and money. A lot of equipment, approximately 2,000 existing machines at TSA checkpoints, will need to be replaced. The payoff of faster and more efficient security processing will improve the airport travel experience.